Undergång - the mother of armageddon 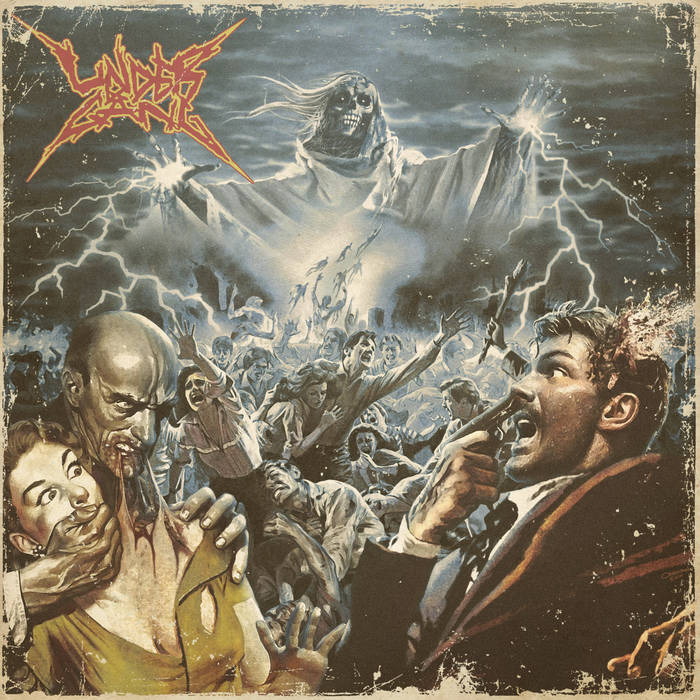 It was about time that these unruly Uppsala punks got their shit the fuck together. Many of us have waited a long time for Undergång to finally wake from the dead and make an LP. They are the type of band that can leave a true mark, set milestones and record that piece of music that a time and place in hardcore is remembered by. From the insane drum beats of Uno and bass work of Frank in the ultra-tight rhythm section, via the blazing guitar battles of Johannes and Einar, and forward all the way to the barb-wire deathmatch that is the dual vocals of Affe and Crippe, two of the biggest mongoloids ever to share a stage in this country.
[....] it's a hand full of maniacs who have reached a level of brilliance at what they're doing. Which is to play faster than you, tighter than you, harder than you. To hit more furiously, spit longer, set the musket sights higher. To aim kicks at your nose and land them on your free will. You know you shouldn't come close, but you're drawn to it. The violence, the chaos, the ZZ Top cover. You wake up in the gutter with limbs missing and an untamable urge to do it again. And again.

Undergång's debut LP "The Mother of Armageddon" is the one you can't get away from.

Bandcamp Daily  your guide to the world of Bandcamp

Featuring appearances from Kari Faux, Bluestaeb and and interview with NY-bred artist Wiki